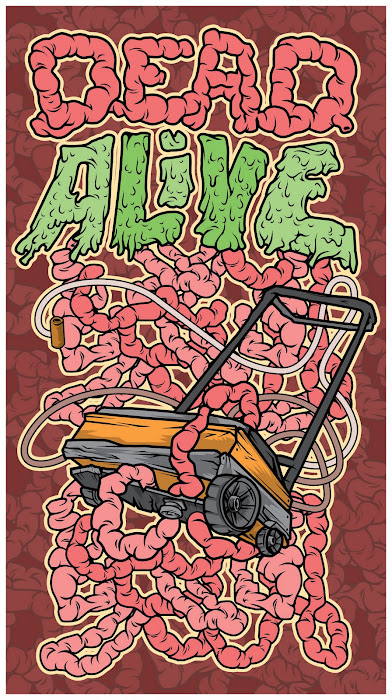 So, Exhumed Films is doing this amazing art show later this month called Video Violence. In the show participants were asked to re-imagine a cover to one of their favorite cult-ish horror or sci-fi movies.

All the guts, lately. Here's the cover and a comp. 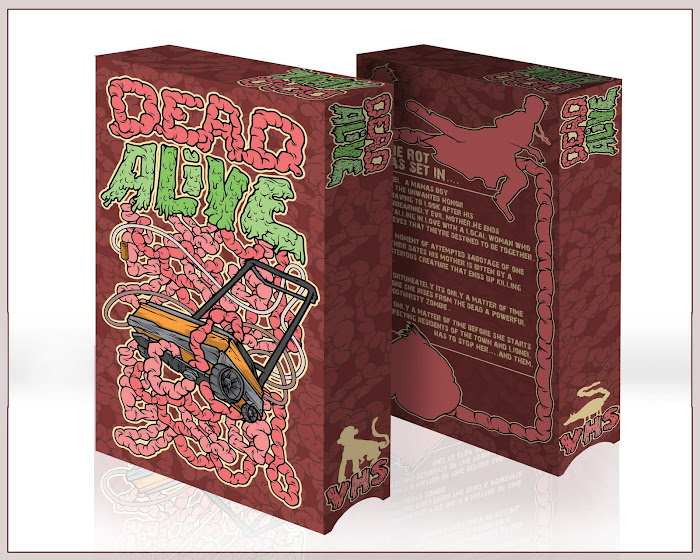 I should have my second cover up next week sometime. Stay tuned!
Posted by J.Gray at 15.10.10

"Your mother ate my dog!"

Oh my guts and garters this is beautimous!!

i don't think you could've said this movie any better. super sweet type on these too