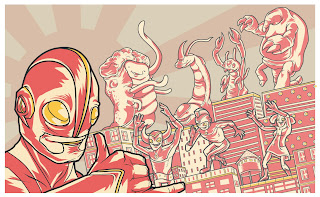 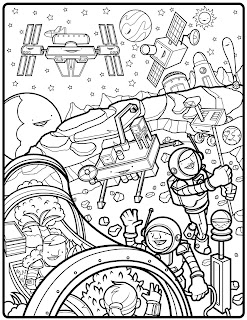 While I'm at it, here's another recently finished piece done for a Mars themed coloring book. The idea was to not stray too far from the realms of science, and possibility, namely: no aliens, space dragon/wizard battles, etc. This is a nod to both current technology and the idea of Mars being used as a backup Earth for when this one gets totally boned, which would be accomplished with space stations and shuttling and terraforming.
Posted by J.Gray at 6.7.10 2 comments: 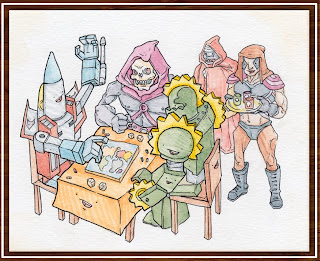 Piece done for an 80's Toy themed show for the Autumn Society. All my favorite jerk dudes from my collection, who were all trying to take over a world, in some regard, succeeding the only way they were gonna. What a bunch of turds. Seriously? Buzz Saw arms? Ridic.
Posted by J.Gray at 6.7.10 4 comments: